SOFI TUKKER team up with Russian DJ/producer Novak and Dutch DJ/producer YAX.X on ‘Emergency’, a brand-new single that saw its release today on Sunnery James & Ryan Marciano’s SONO imprint. The song, which has been a staple of SOFI TUKKER’s acclaimed daily livestream sets, is a definitive dancefloor juggernaut with a sense of urgency that commands you to spring into action. The track originated when Sophie sustained an injury while performing that took her from the stage to the hospital.

The group says of the collaboration and inspiration, “We put Novak’s song ‘Turla’ in our BBC1 radio mix and he reached out to us to thank us. He then flew to Moscow to meet us at our show and we became instant friends. We’ve been sending stuff back and forth since, always looking for the right thing to do together. immediately upon hearing this track, we knew we wanted to collab on it. The process would have been no different in COVID times or not because we were literally on opposite sides of the world while making it. We wrote this one very literally about Sophie breaking her foot, which had just happened on stage at Groovin the Moo Festival in Australia. We were at home and had to cancel our tour, and actually was at the same time as we wrote ‘House Arrest’ about that period of time.”

They have also shared an animated video for ‘Emergency’, directed by Jared Asher Harris with illustrations by Burton Booz, that puts you behind the wheel of an emergency vehicle on the run in a noir cityscape overlaid with neon text, emergency lights and X-rays of injuries. SOFI TUKKER share, “The animated video shows some very literal imagery of Sophie’s broken foot, of the ambulance that came to take her to the hospital, and of a woman running (which she can no longer really do unfortunately…). We love how it’s a constant unfolding journey, feels like you’re really on a road moving forward, which is exactly what we are always trying to do.” 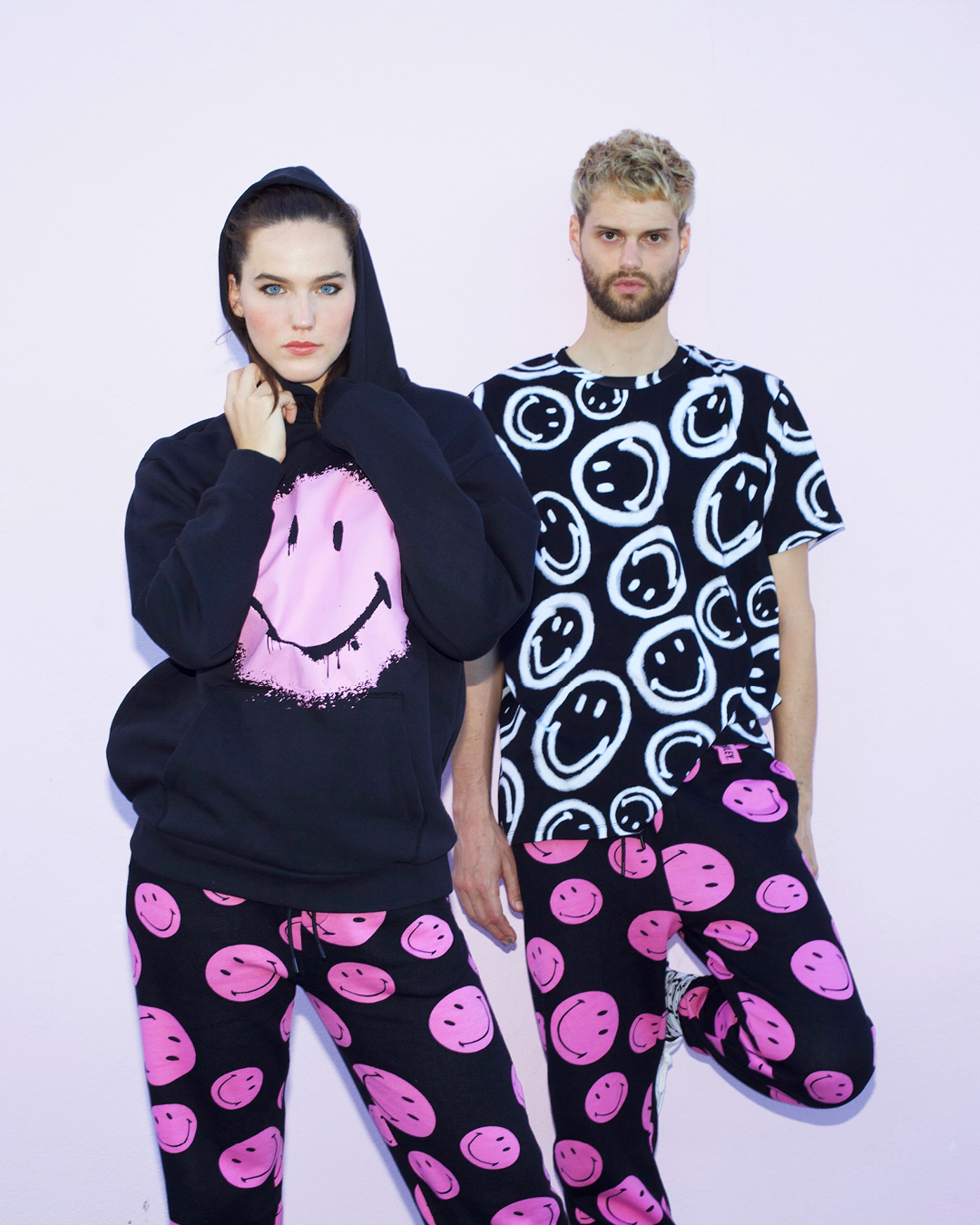 SOFI TUKKER are the face of the latest Bershka campaign, Smiley x Bershka,  that celebrates the brand’s collaboration with the iconic Smiley, a beloved symbol around the world with a special place in the heart of the dance and electronic music community.

SOFI TUKKER have also announced that to celebrate their 200th livestream on Saturday, September 26th, they will be throwing a Freak Fam Prom. The Freak Fam is the online community that has emerged around the group’s daily sets and are featured in the music video for their collaborative single with Gorgon City, ‘House Arrest’. The group will be doing an extended set and encourages viewers to show out in prom looks. Along with the Twitch, Facebook, and Instagram streams, there will be a Zoom dance party and SOFI TUKKER will be sharing their favorite looks from the prom throughout the event on social platforms. The group will also release a limited edition purple vinyl of their ‘Dancing on the People’ EP that same day for Record Store Day.

The group’s GRAMMY nominated debut single ‘Drinkee’ has returned to the Shazam charts in the UK after soundtracking a wildly popular AA advertisement. The ad featuring Tukker the dog has become a cult favorite in the UK with the YouTube uploads of it reaching over 2.5 million streams. Watch the ad here.  SOFI TUKKER’s 2019 single “Purple Hat” is also recently featured in Peloton’s new TV ad. Watch it here.

SOFI TUKKER encourage fans to donate to the PLUS1 Black Lives Solidarity Fund. Through this fund, PLUS1 is committed to addressing the legacy of slavery, combating white supremacy, and dismantling systemic oppression by advocating for the change needed to produce equality and freedom for through organizations like Equal Justice Initiative, Impact Justice, and The Bail Project.

INDECENT NOISE – EVERYTHING IS CONNECTED

Tell me what you think Cancel reply

You may have missed

INDECENT NOISE – EVERYTHING IS CONNECTED